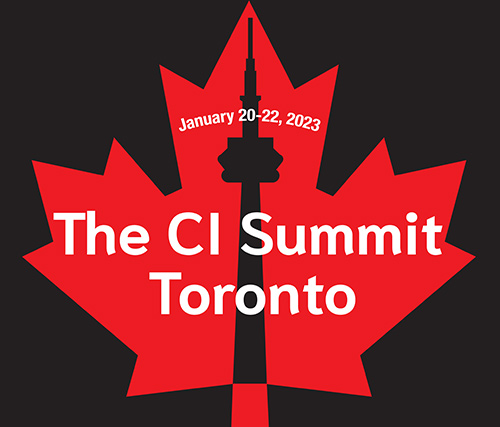 Toronto, Ontario and Boston, Mass. – January 18, 2023 – The Carnegie Initiative (“The CI”) is proud to announce the partner lineup for the 2nd Annual CI Summit in Toronto on January 20-22, 2023. The list is headlined by Platinum partnerships with Canadian Tire Corporation (CTC) and Maple Leaf Sports and Entertainment (MLSE). Both organizations have played an integral role in the growth and evolution of The CI and will be featured prominently at The CI Summit.

Canadian Tire Corporation is a Founding Partner of The CI and a Presenting Sponsor of the Herbert Carnegie Trailblazer Award program (“HCTA”). Each HCTA winner will receive their award during a ceremony at the Hockey Hall of Fame on Friday evening, January 20. The seven HCTA recipients, recognized for using hockey as a vehicle to create positive social change, were profiled by The CI media partner Sportsnet in leadup to the event.

Partners from corporate, media, academia, government, governing bodies and collaborating sporting and community organizations are set to participate in a myriad of ways to shine a light on diversity, equity, and inclusion in the sport of hockey. Several brands will showcase their work with The CI at The Summit.

“We are deeply appreciative of the support from our partners that enables us to bring together a diverse group of individuals across the hockey world,” The CI Co-Founder Bryant McBride stated. “The CI Summit was created to build and empower community change-makers who are determined to make hockey better. Together, we will continue to make a meaningful and scalable impact to ensure that hockey is inclusive, supportive, and welcoming to all.”

The CI Summit 2023 kicks off with the Herb Carnegie CCM Legacy Skate at the newly renovated Herbert H. Carnegie Centennial Centre in North York, Toronto. Carnegie finished his hockey career in 1954 on CCM skates. To commemorate the past to the present, CCM’s Robert Zaring, Global VP, Marketing and Dale Williams, Global Manager, Sports Marketing and Partnerships, will reveal a new Collector’s Item Herb Carnegie Legacy Skate at the opening ceremonies. The Legacy Skate is supported by The CI partner, SkipTheDishes, and includes donations to the North York Harvest Food Bank. Players and coaches from Greater Toronto Hockey League (GTHL) clubs will enjoy a recreational skate and a tour of the facility.

Damon Murchison, President and CEO, IG Wealth Management will open the Saturday morning breakfast. IG has supported Carnegie Family initiatives for almost six decades. Herb Carnegie was the first Black advisor to be hired by the firm in 1964 and his trailblazing career inspired IG to present annual leadership and services awards in his name since 2003.

“I am thrilled that my father’s legacy of achievement is the source of inspiration for others and that IG continues to be a leader in supporting causes that make a difference,” Bernice Carnegie, the Co-Founder of The CI, shared.

Proud Sponsors of The CI Summit 2023

In addition, collaborating partners include the National Hockey League (NHL), Hockey Hall of Fame (HHOF), and Greater Toronto Hockey League (GTHL) among others. As part of The CI’s media partnership, Sportsnet is supporting The CI Summit 2023 through promotion and coverage on various platforms throughout January.

MISSION: Work to ensure that hockey is inclusive, supportive and welcoming to all. The Carnegie Initiative (The CI), named in honor of legendary hockey player and social justice pioneer Herb Carnegie, was created to ensure opportunity and access to hockey everywhere. Co-founded by Bernice Carnegie and Bryant McBride, and in conjunction with leading academic institutions, The CI aims to accelerate the work started by Herb Carnegie more than 50 years ago to make hockey more diverse and inclusive.

In short, with the help of our partners and supporters, The CI aims to change the culture of hockey.