The Carnegie Initiative, in partnership with Canadian Tire Corporation, is excited to announce the launch of the Herbert Carnegie Trailblazer Award (HCTA) program. HCTA aims to honor the unsung heroes of the hockey world, recognizing those who use the sport as a vehicle to create positive social change, embodying the CI’s mission of ensuring that hockey is inclusive, supportive, and welcoming to all.

A Herbert Carnegie Trailblazer Award recipient is an unsung hero in the hockey community who, through their work and leadership in the sport, are paving the way for others, using the sport as a vehicle to create positive change. The HCTAs will be presented to each trailblazer at the historic Hockey Hall of Fame during the 2nd annual CI Summit in Toronto, January 2023.

Introducing this year’s recipients, the 7 individuals who exemplify Herb’s work through their innovation of thought, undaunted courage, and steadfast vision, ultimately working towards a better future. 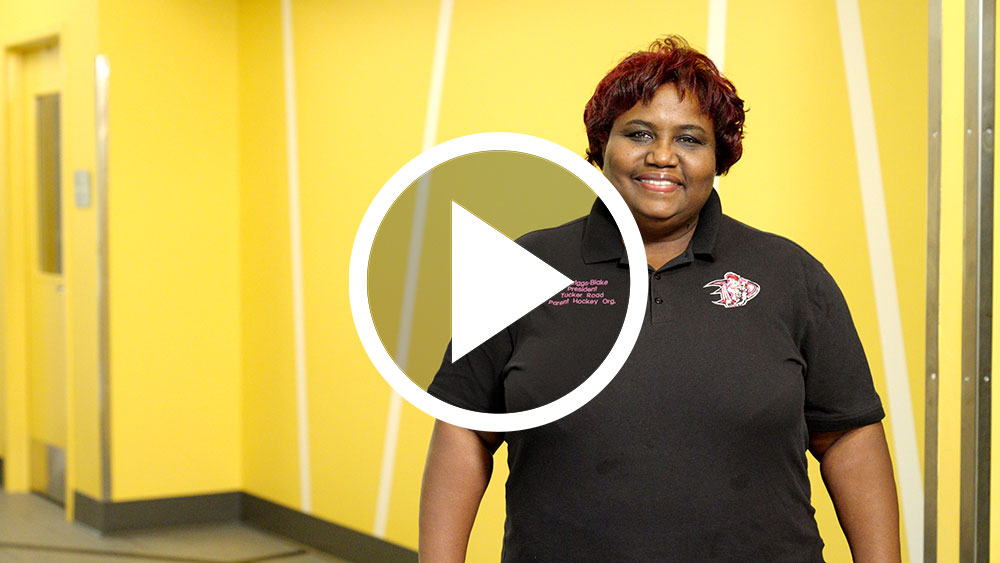 Alexandria Briggs-Blake is the President of the Tucker Road Parent Hockey Organization (TRPHO) and mother of former Tucker Road Ducks players. The Tucker Road Ducks are a predominantly African American ice hockey team in Maryland that suffered a devastating fire in 2017, which left their rink destroyed and their team without a place to play. Alexandria used her passion for hockey to rally her community together to build a new rink.

Briggs-Blake used her passion for hockey to rally her community together to build a new rink. Through her leadership and advocacy efforts, over $20M was secured.

Briggs-Blake knows the lasting impact hockey can have on kids and does everything she can to provide access to the sport, including providing full sets of equipment for players and through a partnership with the Parks and Planning committee (M-NCPPC) offers low registration fees and accommodations for families who are unable to afford those fees. A community hero, ally, friend, mentor and mother, Briggs-Blake is an inspiration to the hockey community. She remains dedicated to the sport and has made it her mission to continue spreading her love for hockey and recruiting new players to the Tucker Road Ducks.

In 1992 Kirk Brooks and Cayos Levy founded Ontario’s Black Hockey Federation (also known as the Black Hockey School) so that their own sons would have a place to play and learn the game without facing prejudice. The instructors included retired NHL alumni such as Tony McKegney, Dale Craigwell, Freddy Braithwaite and Nathan Lafayette. In 2000 the hockey school’s name was changed by a player contest, and the winning entry was Ebony Skillz Hockey, which remained the school’s identity for two years until the increasing diversity of the students attended made the “ebony” moniker self-limiting. Because Kirk’s vision has always been a school that is closed to no one, the more inclusive name SKILLZ HOCKEY and the school’s modern identity was born.

Kirk Brooks has been mentoring young athletes of color for over twenty-five years, dedicated to providing a barrier-free hockey training experience for his own son and hundreds of talented players like him. Kirk’s many friends and connections within the NHL have enabled him to provide an opportunity for mature athletes to give back to the communities they grew up in. These current and retired professionals come to coach for SKILLZ, using their years of on-ice experience to create unparalleled training based in real-world results. If you have questions about SKILLZ HOCKEY, Kirk will be happy to help! 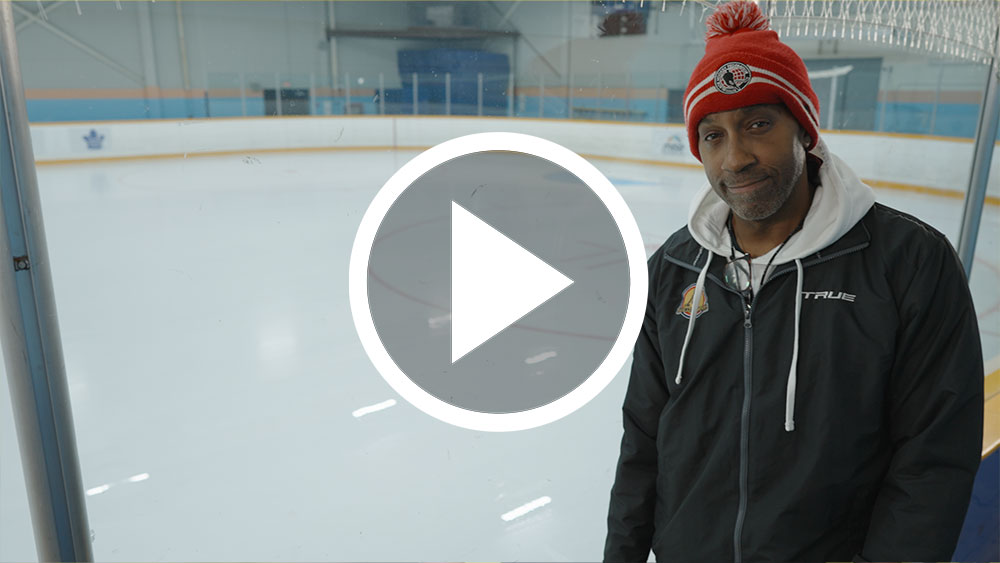 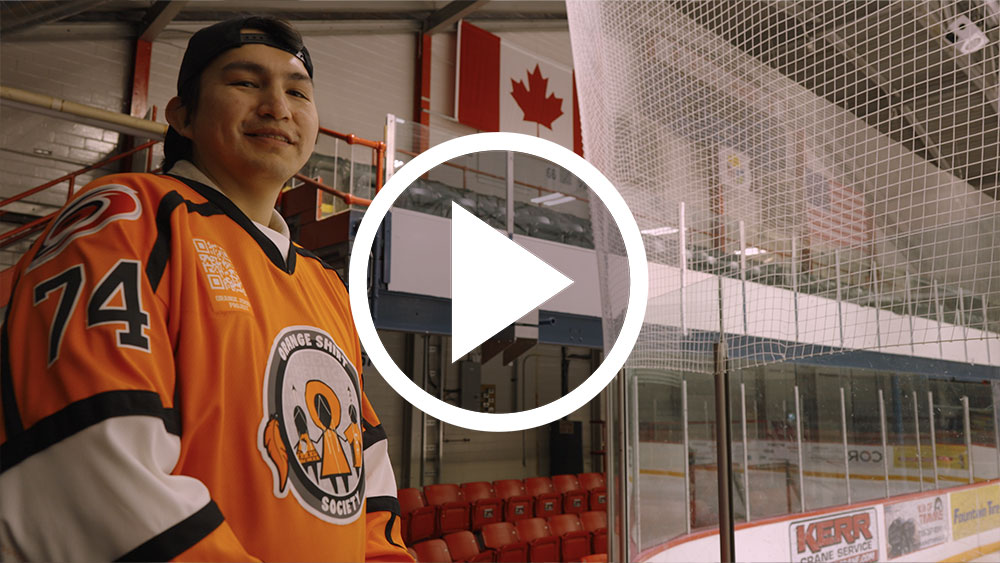 Stephane is the Co-Founder & Chief Executive Officer of Hockey Indigenous. Founded in Dec 2020, the overall goal is to promote Hockey Indigenous in North America and provide a whole new generational direction towards youth empowerment. They strive to use this platform to motivate, boost self-esteem, and create a healthy & versatile lifestyle. In addition, they also provide information related to Hockey Indigenous and their mission to stop the stigma of paternalism, discrimination, and racism. Hockey Indigenous started out as a social media blog, in 2020, Friday incorporated it as a non-profit organization.

Growing up, Friday always played street hockey. He remembers watching a game on TV with his grandfather and brother, and it got him “hooked.” Hockey is a popular sport in Indigenous communities, including Kashechewan, he says. Friday has been actively involved in the community since his teenage years. He started as a youth president at the Timmins Native Friendship Centre as a teenager.

Moe is the youngest of four siblings, born in New Westminster, B.C., and grew up in Vancouver. His parents, Ismaili Muslim immigrants from Uganda, moved to a cooperative housing complex in in 1972. That year, all people of South Asian descent were expelled from Uganda by President Idi Amin. Hasham was attracted to street hockey and spent much of his time playing with the other neighborhood kids.

Hasham’s dream was to work with youth in hockey. He had met Willie O’Ree years earlier and never forgot the inspiration he’d felt observing firsthand the extensive advocacy work of the NHL’s first Black player. Hasham wanted to do something meaningful — he wanted to start his own organization and work with teenagers who were newcomers or from high-priority neighborhoods. His father offered straightforward advice: ‘Go and chase your dream.’

Hockey 4 Youth formed in 2015 and has since worked with over 500 teenagers from more than 34 countries of origin. It began running programs in Toronto, and has since expanded to Montreal and Ottawa, working with a total of nine high schools. By October, programming in Hamilton will be included, raising that number to 11. 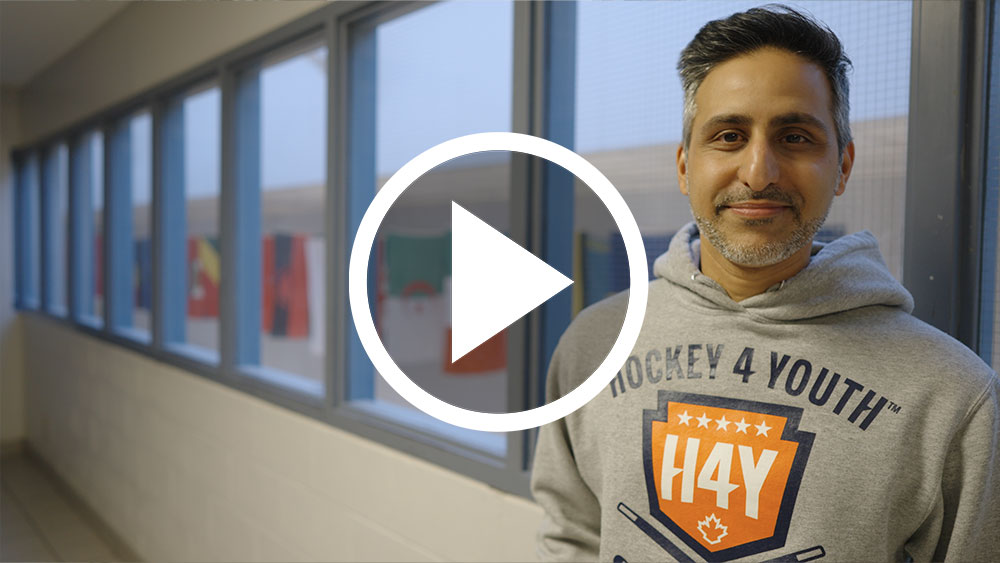 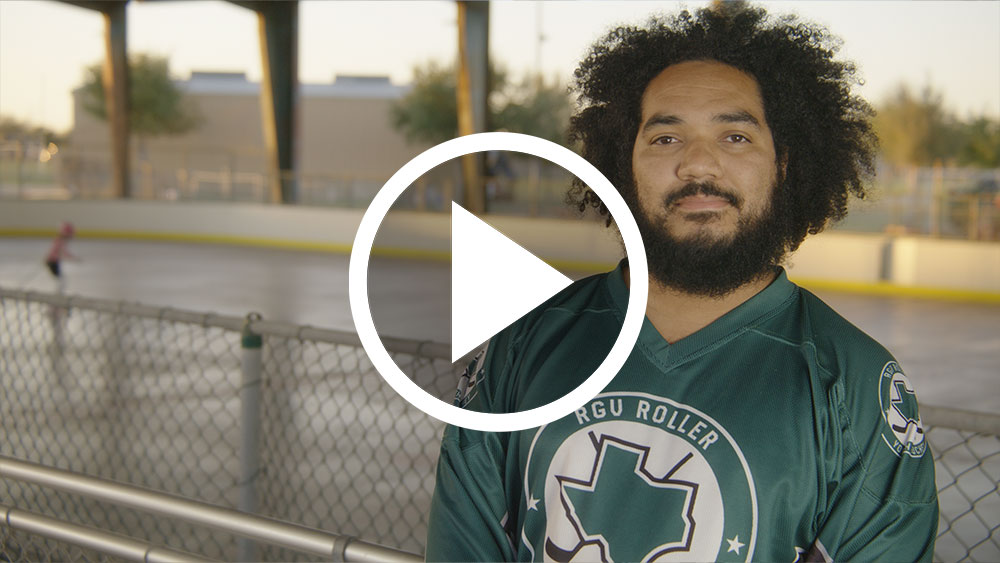 Nathaniel Mata was five when he started playing hockey in an unlikely place: at a mall ice rink in San Jose. Though Nathaniel Mata’s love for the game flourished in the Valley, he was first introduced to hockey in California. Born in San Jose a few years after the excitement of the Sharks’ arrival in the Bay Area, Mata got one glorious year enrolled in ice hockey as a five-year-old, after his parents came across sign-up sheets at the mall and decided to take the plunge. But the cost quickly proved too great for his family to justify, despite young Mata’s already-blooming affinity for the sport. “I wasn’t an only child anymore, I had a couple of siblings, so it was just a little too pricey for my parents,” he says. “I think that’s a story that a lot of people might not realize is pretty common, parents not being able to let their kids continue a sport that can cost so much money.”

It was the sting of that disappointment, and a couple decades of struggle to keep that spurred Mata to found RGV Roller, a non-profit organization that promotes hockey through encouraging kids and adults to participate in inline and roller skating, along with floor and roller hockey. He saw only one solution. “The way to grow the sport is with youth and it’s with kids and it’s with making the sport affordable.” So, that’s what he did.

Nate said that when he was a kid, he would have loved to have these types of programs down here in Texas. They didn’t really exist unless you were on the ice. He just really wants to give people the opportunity to start with roller hockey. And then, if they really do enjoy it, they could find their way to the NHL, ice hockey.

In 2016, former OHL and semi-pro goaltender Brock McGillis became the first professional hockey player to come out as gay. “Nobody knew I was gay. Nobody in my daily life, nobody in the sport until I was in my late 20s. I came out to family and friends in my late 20s. But I was struggling far before that.”

Once Brock came out, he dedicated his time to changing the culture within hockey through speaking engagements and creating dialogue that would shift the landscape. His activism has included a chapter in Bob Mackenzie’s book “Every Hockey Heroes”. He appeared in the Book “Proud To Play”, featuring LGBTQ+ athletes in Canada. He graced the cover of and featured in the September/October 2018 issue of IN Magazine.

In 2020, the Toronto Maple Leafs became the first NHL team to work with him, hiring him to run a virtual workshop about homophobia for Maple Leafs personnel, and in January 2022, McGillis announced the launch of Alphabet Sports Collective, an organization to support LGBTQ+ people in hockey. 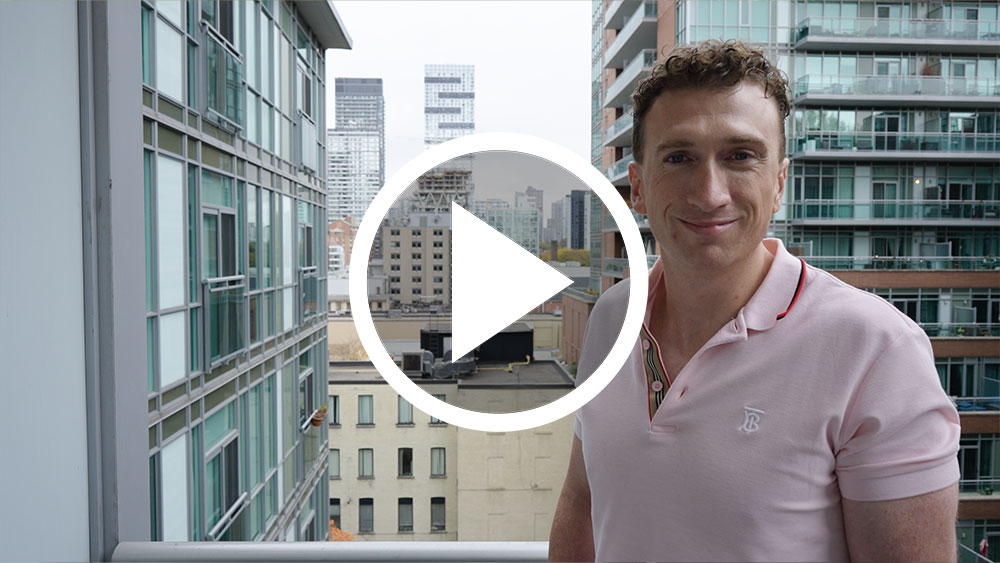 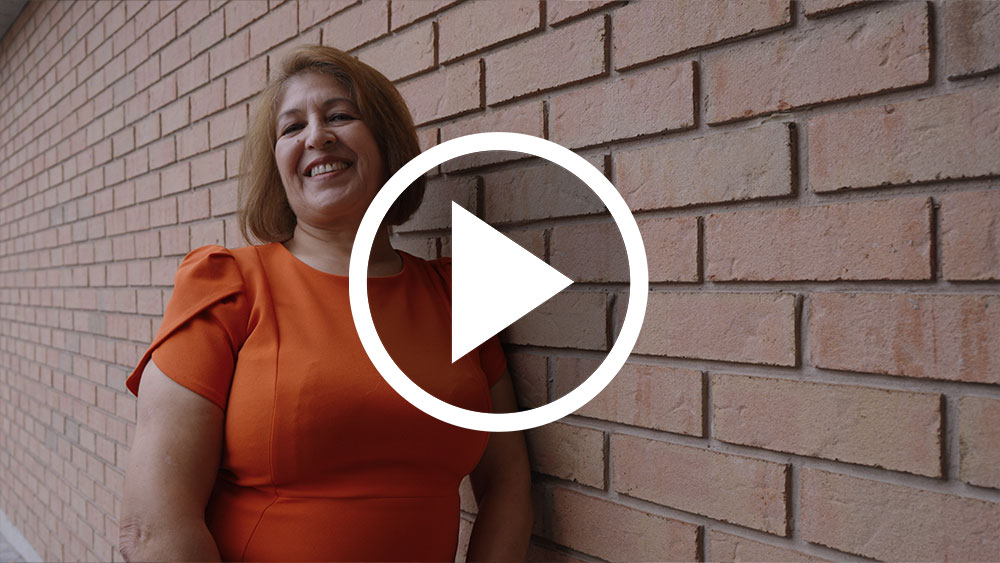 Zarmina Nekzai, The Hockey Girls of Kabul (CAN)

As a young girl in Afghanistan, Nekzai wasn’t allowed to go to school, to shop, or to visit family and friends without a man’s permission – but her father was supportive and encouraged her to study. She finished elementary school and then high school, after several stops and starts through regime changes. As a teenager, she decided to dedicate her life to fighting for women’s rights and pursued a path to becoming a teacher.

In 1981, Nekzai and 18 other women (all teachers) were taken hostage when a bus they were riding in was stopped. Three of her fellow teachers died.

Nekzai left Afghanistan in 1984 — along with her husband and three-month-old daughter — after a rocket struck her family’s home. She returned several times over the years to Kabul. During one visit she came up with the idea of bringing hockey to the girls of Kabul. She researched how to build an outdoor rink and consulted with experts in the art of ice-making. She secured funding through the local Rotary Club in North York, Ontario. Along with the work of their now adult children, Hooria and Baktage, the Nekzai family raised enough money to pay for the materials and labor. They secured enough skates, helmets, sticks and pads for dozens of girls to play.